Posted by DevaDas Posted on 1:01 AM with No comments 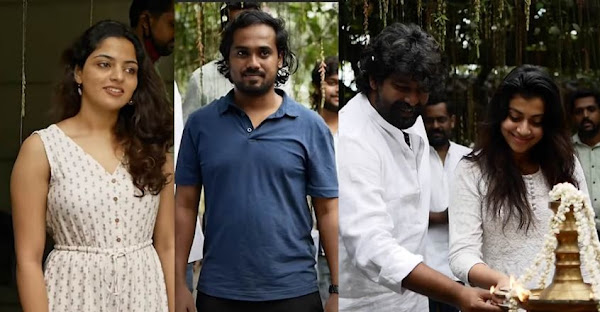 After the hit movie 'June', the shooting of the new movie 'Madhuram' directed by Ahmed Kabir has started. Joju George, Arjun Ashokan, Nikhila Vimal, Shruthi Ramachandran and Indrans are the main characters. Along with them, there are about 100 other actors in the film. The film, which started in and around Kolancherry, tells a love story.

After the super hit films Joseph, Porinchumariamjose and Chola, the film is being produced by Joju George and Sijo Vadakkan under the banner of Appu Pathu Pappu Productions.

The camera for the film is handled by Jitin Stanislas. The script is written by Ashiq Ameer and Fahim Zafar. Hisham Abdul Wahab composed the music with lyrics by Vinayak Sasikumar. Co-Producers Badusha, Suraj.