Posted by DevaDas Posted on 11:00 PM with No comments 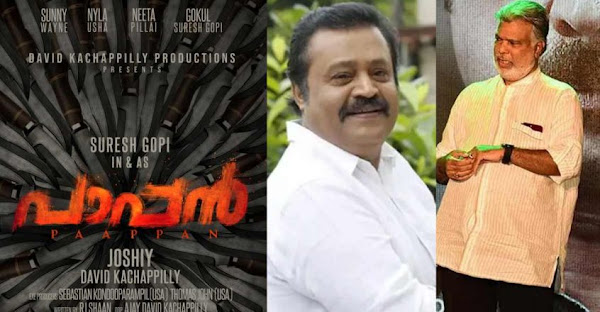 Malayalam super hit director Joshi and superstar Suresh Gopi are reuniting after seven years. The first look poster of the new movie titled "Pappan" has been released. This is also Suresh Gopi's 252nd film. Joshi and Suresh Gopi have teamed up for many super hits in Malayalam cinema. The auction,the ruler, the newspaper, the Christian Brothers and so on and so The film not only features Joshi doing a police story after a long hiatus but also features Suresh Gopi in a police role.

Gokul Suresh Gopi also plays a very notable character in Pappan. For the first time, Gokul is part a film with his father.

Sunny Wayne is another star in this movie. Pappan's shooting will start on March 5 Location not determined. The investigation is continuing in Ernakulam and Thodupuzha.