Posted by KeralaLives Posted on 3:08 AM with No comments 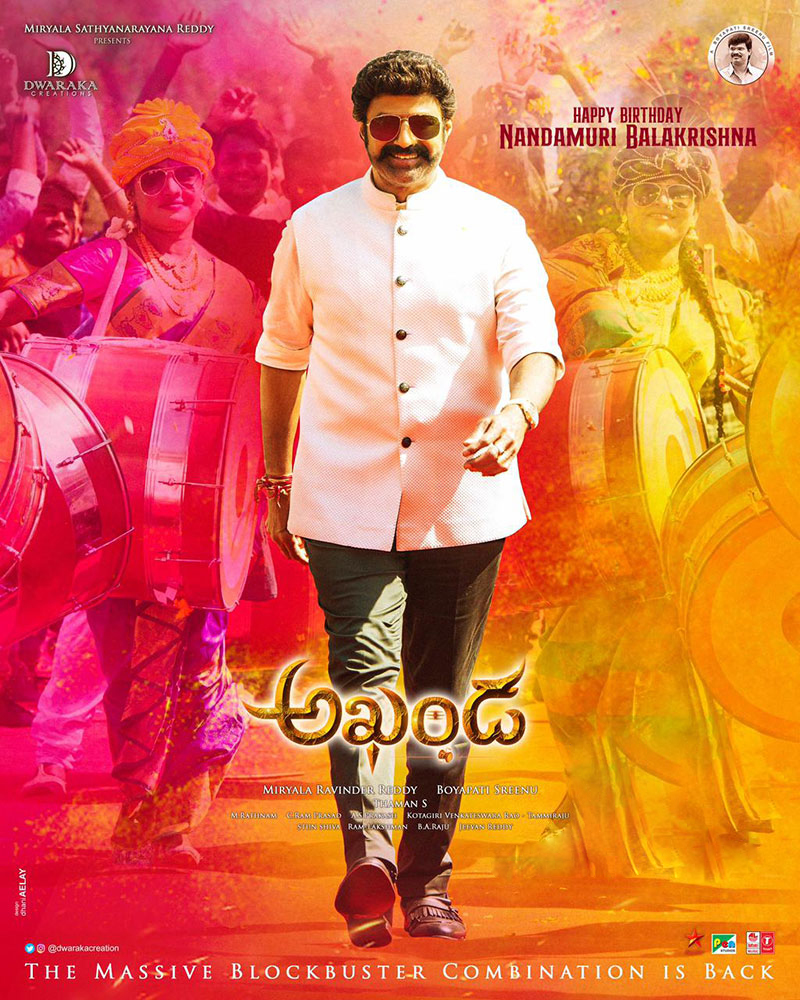 After huge blockbuster hits like 'Sinha' and 'Legend', Narasimha Nandamuri Balakrishna and Mass Director Boyapati Sreenu are making a hat trick movie 'Akhandam' in a massive blockbuster combination. Young producer Miryala Ravinder Reddy is ambitiously building on the banner of Dwarka Creations at the dedication of Miryala Satyanarayana Reddy.

A new poster was released on Thursday (June 10) at 04:36 pm Wednesday to mark Balakrishna's birthday. It is getting a special response from the audience and fans. The birthday celebrations started before the release of the poster among Nandamuri fans. The 'Akhanda' teaser released under the title Already Title Roar is setting records on YouTube. It became the fastest teaser to reach 50 million views in Tollywood with over 50 million views in just 16 days.

Producer Miryala Ravinder Reddy said, "Happy Birthday to our hero Nandamuri Balakrishnagari. We have released a poster as a birthday present for the fans. With the title 'Akhanda', the audience and fans have doubled their expectations for the film. "We will start shooting soon. We will announce the release date once the shooting is complete. We will bring the auspicious film to the audience."